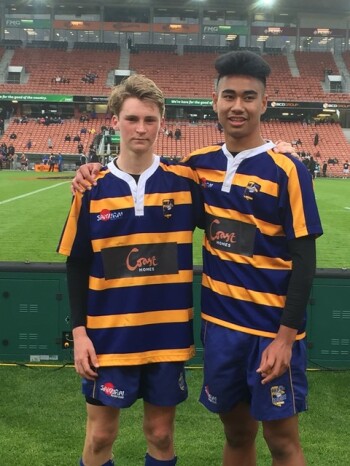 The BOP Under 15’s may have lost 15 to 5 against Waikato but the excitement of playing at Waikato Stadium will have left the team with memories and dreams that will for many carve their pathway to the future.

Jake Broadmore will be able to tell his friends about his attempt at goal from behind halfway – it had the legs and hit the uprights but failed to cross the bar. A good game to watch and a proud moment for the youngsters who experienced what life could be like on the big stage. On the same day sister Bella won gold at the National Under 14’s for Bay of Plenty and was named in the tournament team.